This review makes a critical evaluation of 61 peer-reviewed manuscripts that use a docking step in a virtual screening (VS) protocol to predict SARS-CoV-2 M-pro (M-pro) inhibitors in approved or investigational drugs. Various manuscripts predict different compounds, even when they use a similar initial dataset and methodology, and most of them do not validate their methodology or results. In addition, a set of known 150 SARS-CoV-2 M-pro inhibitors extracted from the literature and a second set of 81 M-pro inhibitors and 113 inactive compounds obtained from the COVID Moonshot project were used to evaluate the reliability of using docking scores as feasible predictors of the potency of a SARS-CoV-2 M-pro inhibitor. Using two SARS-CoV-2 M-pro structures and five protein-ligand docking programs, we proved that the correlation between the pIC50 and docking scores is not good. Neither was any correlation found between the pIC50 and the ?G calculated with an MM-GBSA method. When a group of experimentally known inactive compounds was added, neither the docking scores or the ?G were able to distinguish between compounds with or without M-pro experimental inhibitory activity. Performances improved when covalent and noncovalent inhibitors were treated separately, but were not good enough to fully support using a docking score as a cutoff value for selecting new putative M-pro inhibitors or predicting the relative bioactivity of a compound by comparison with a reference compound. The two sets of known SARS-CoV-2 M-pro inhibitors presented here could be used for validating future VS protocols which aim to predict M-pro inhibitors. 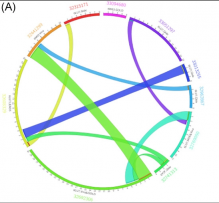